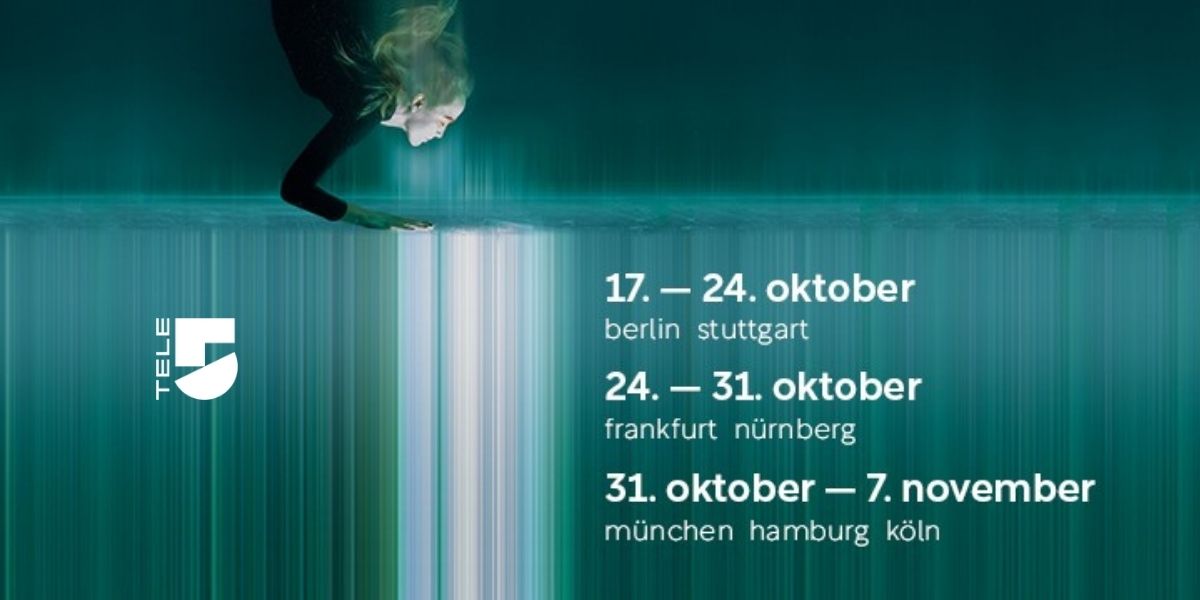 Curtain up for the Fantasy Film Festival: The Savoy Film Theater is once again a meeting place for fantasy lovers. Thriller, horror and science fiction films flicker across the screen in their original sound. All films are only released from the age of 18.

From June 24th to 27th, 2021 , the Fantasy Filmfest Nights will take place in an extra-long version to make up for the unusual dates from 2020. For four days, exciting new films from the genres of fantasy, horror and science fiction, but also across genre boundaries, will be shown again. You can see the entire program on the Fantasy Filmfest website.

From October 31st to November 7th,  the Savoy film theater is all about fantasy film. This year 37 films from all over the world from the entire spectrum of fantastic films (and beyond) will be there over 8 days. Thrillers, horror, science fiction, black comedies and animations are on the program. All films are shown with the original sound and, in the case of non-English-language films, with English, sometimes even with German subtitles.

This year, too, the festival team has found an excellent balance between classic horror films and dreadful gore through to imaginative fantasy adventures, absurd comedies and real indie pearls. The festival program will appear on the Fantasy Filmfest website from mid-September.

If you want, you can order a festival pass. Single tickets are sold 10 days before the start of the festival. Attending the Fantasy Film Festival and having a season ticket are only possible from the age of 18. Even if they are accompanied by their parents, minors are not allowed in.

Different sections from independent to bizarre

The festival is divided into different sections: In the main program „Selected Features“, current genre and independent films from Europe and America flicker across the screen. With „Get Shorty“, a short film program is also presented every year: ten films compete for the votes of the audience, including all varieties of genre cinema and definitely no romantic comedies. Since 2006 there has been an audience award for films from the „Fresh Blood“ competition series (debut or second films by directors).

Many of today’s classics celebrated their German, European or international world premieres at the Fantasy Film Festival and were enthusiastically celebrated by the audience there. Among others „Pulp Fiction“, „Sin City“, „Saw“, „The fabulous world of Amélie“, or „The Silence of the Lambs“.

From the underground tip to the renowned genre festival

The Fantasy Filmfest was founded in Hamburg in 1987. In the first year of the festival, classic films and premieres were shown in Alabama and the market hall. Today the festival is one of the big names in the German and international festival calendar. It has established itself as an interface between international world sales, producers and German film distributors. Every summer the Fantasy Film Festival tours seven German cities (Berlin, Frankfurt, Hamburg, Stuttgart, Nuremberg, Munich, Cologne). The official program with around 60 films is shown in parallel in two to three cities.
The film festival works entirely without government subsidies and is dependent on sponsors every year.