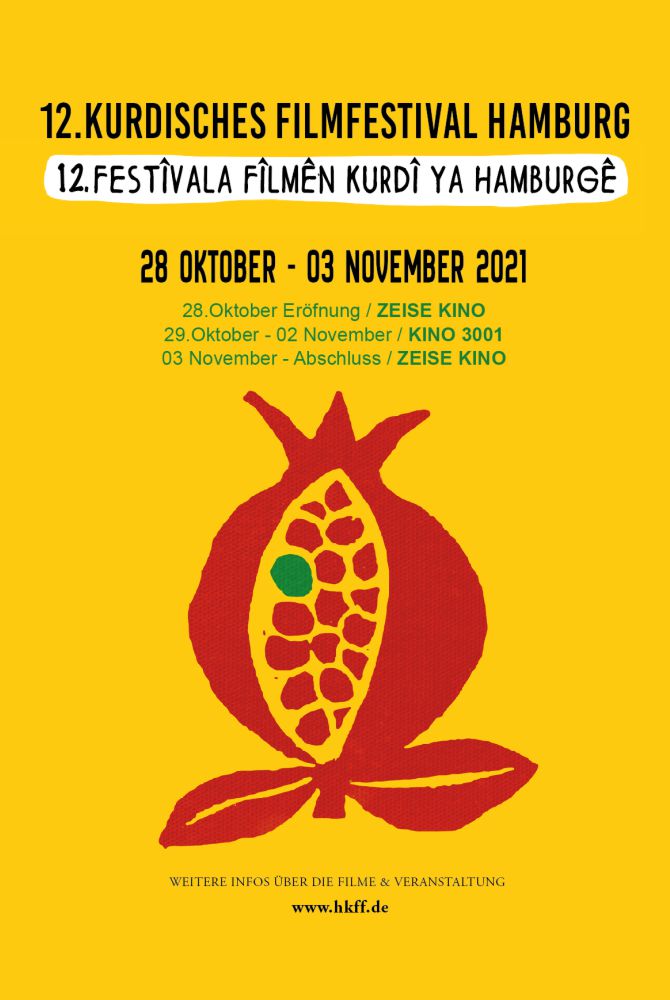 The diversity of Kurdish filmmaking

This autumn, film art will again be presented at the Kurdish Film Festival in Hamburg. This year’s program includes numerous top-class films that will be shown in the presence of the directors and actors.

Although the Kurdish languages ​​and culture were and are being suppressed, numerous Kurdish feature films and countless short and documentary films have been made in recent years. Kurdish filmmakers critically examine outdated traditions and prevailing conditions. Her films relentlessly show displacement, flight, oppression, torture and human rights violations. But they also show the struggle of the population for a life in dignity and self-determination.

This year’s Kurdish Film Festival Hamburg is dedicated to the Iranian filmmaker Rahim Zabihi. The Kurdish director was found dead in a burned-out car with his brother in 2018.  Both their death and the course of events raise questions to this day. Zabihi actively campaigned for the Kurdish population in Iran and expressed this in films such as “Hawar”, “Satellite”, “The End of the War” and many others, both critically and documentarily. Zabihi’s film „Holy Bread“ will be shown at the festival.

Opening evening in the Zeise Kino

On October 28th, the feature film „The Exam“ by Shawkat Amin Korki will be shown at the opening gala in the Zeise Kino. More than 40 films will show the diversity of Kurdish film in the Zeise Kino and the 3001 Kino until November 3rd. On the last day of the festival, the best short film will be awarded a prize.

The main focus is on the Kurdish part of Iran. Directors and actors are on site on various evenings so that an exciting exchange can take place in the form of panels and podium events.