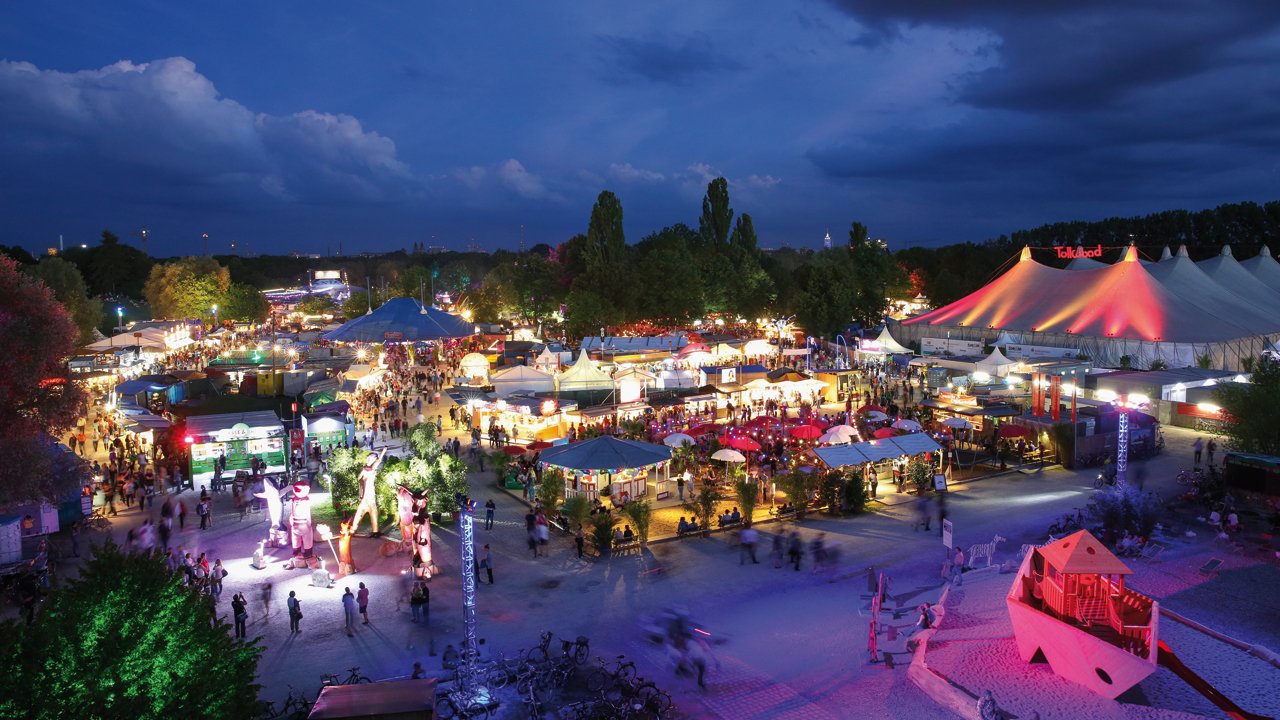 Exceptional theatre productions, breath-taking performances,  music from jazz to rock and pop to world music  , plus the  “market of ideas”  with handicrafts and organic gastronomy from all over the world, as well as a strong  commitment to people, animals and the environment   – that is the Munich Tollwood Festival!

Tollwood time is twice a year in Munich. The culture and environmental festival takes place in the  summer  for about 26 days in June / July in the Olympiapark Süd, in  winter it  starts shortly before the first Sunday in Advent on the Theresienwiese, the Christmas market lasts until December 23, the cultural events take place up to and including the New Year.

Part of the Tollwood philosophy is that culture should be there for everyone: This means that at every festival more than 80 percent of all events take place with free admission. Access to the festival site is also free.

The first Tollwood Festival took place in the summer of 1988 on the grounds of the Olympic Park South. The winter festival was launched in 1992.  It started on the so-called Roncalli site, where the Pinakothek der Moderne stands today, later moved to the Arnulfpark and has been located on the Theresienwiese in the heart of Munich since 2000.  From the beginning, the festival has been designed to be a reflection of a multicultural society. That is why tolerance, internationality and openness are the corner stones of every festival. This is reflected on all levels, in the program as well as in the structure of the “market of ideas” or in the selection of gastronomic offers.