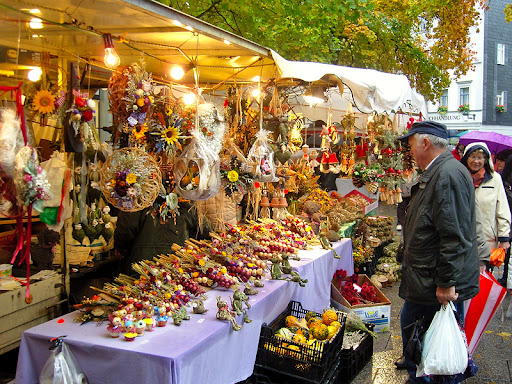 The onion market in Weimar began as a cattle and zippel market. The last part of this old German expression has been preserved in an adapted way as Zippelmarkt. In 2021, the onion market will be celebrating its 368th anniversary. It can therefore be counted among the oldest folk festivals in the area. The event was first mentioned in 1653, when the residents of Weimar replenished their stocks of onions and vegetables for the winter.

During the 19th century, the onion market in Weimar was extended to three days. It was observed from Saturday to Monday, with Sunday being paused. In this time frame, word of the event got around nationwide and has been attended by citizens from all over Germany since then. A separate market regulation was issued in 1872.

Goethe had a strong bond with Weimar and also with the onion market and the onion itself. Onion panicles which he bought were attached to his desk. His house was also decorated with it. This is explained today with the positive effect of onions on health, praised by Goethe at the time.