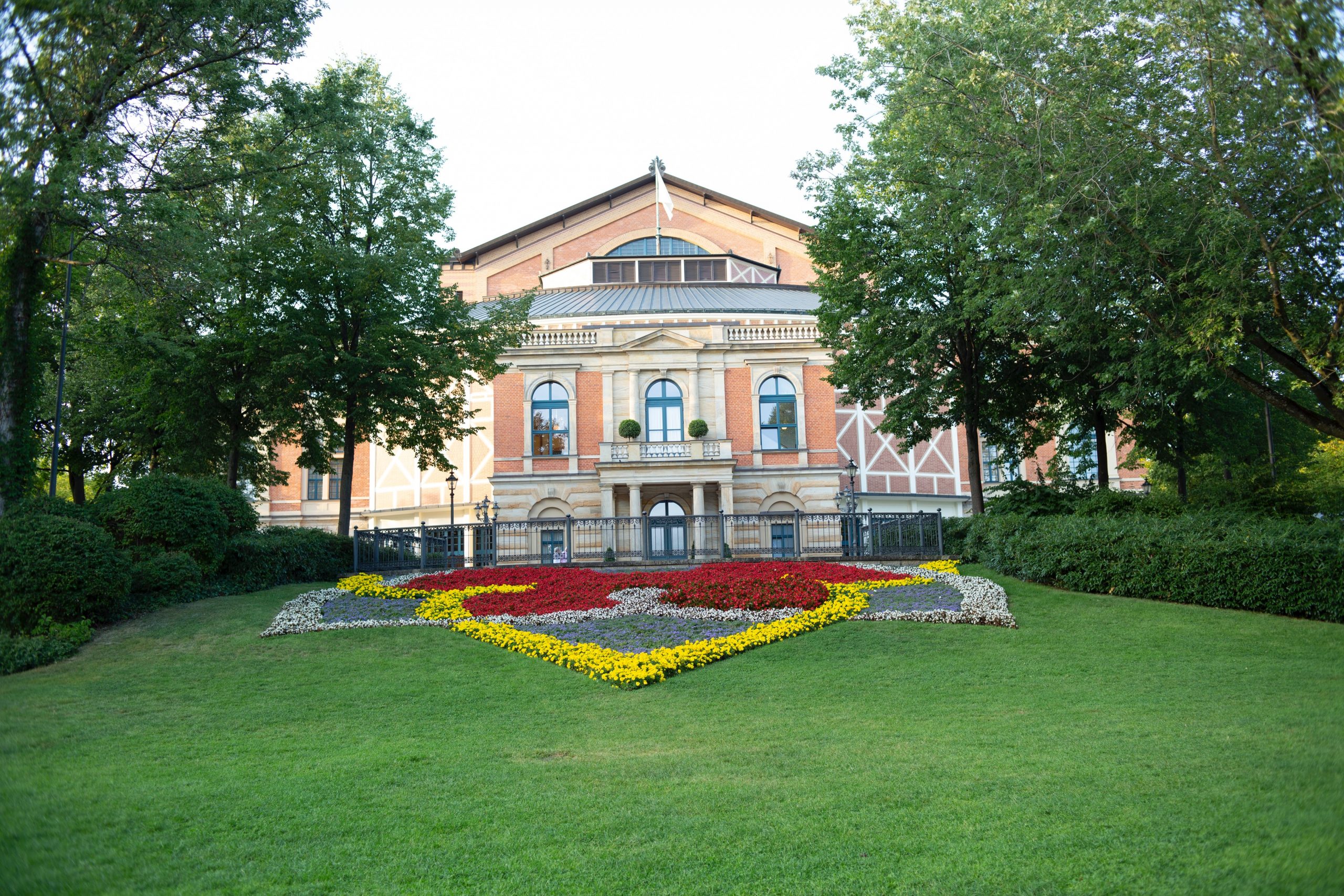 This beautiful wooden theater is called the Bayreuth Festspielhaus, but it is not any type of theater, in fact, it is an opera house. Located in the city of Bayreuth, in Bavaria, Germany. The extraordinary matter about this place is that the performance of operas is exclusively composed by Richard Wagner, who conceived and built the famous Bayreuth Festival and is hosted at the Festspielhaus.

Let’s dig into the founder’s story … as mentioned before, Richard Wagner. Born the 22nd of May, 1813 in Leipzig. He was a composer, conductor, poet, essayist, playwright and music theorist German of the romanticism. In his early days, he based his reputation as a composer on works such as The Flying Dutchman and Tannhäuser, which followed the romantic tradition of Weber and Meyerbeer. He transformed musical thought with the idea of ​​the “total work of art” (Gesamtkunstwerk), the synthesis of all the poetic, visual, musical and performing arts, which he developed in a series of essays between 1849 and 1852, and which he embodied in the first half of his monumental tetralogy The Ring of the Nibelung.However, his ideas about the relationship between music and theater changed again and he reintroduced some forms of traditional operational works in his later stage, as in The Master Singers of Nuremberg.

In addition to his work, he founded the Bayreuther Festspiele or Bayreuth Festival, which is held since 1876. Wagner himself conceived and promoted the idea of ​​a special festival to show his own works, especially the tetralogy (performed in four days) The Ring of the Nibelung and Parsifal. It has its own orchestra and choir, selected from among the best musicians in the world specialized in Wagner. His choir is considered one of the best choral bodies for Wagnerian works.

Origins of the festival.

It all started when sir Wagner was looking for financial independence. The worsening of his relationship with his patron, Louis II of Bavaria, led him to leave Munich, where he had originally planned to celebrate the festival. Later he became interested in Nuremberg, a place that would have reinforced the significance of his works, such as The Master Singers of Nuremberg. Finally, on the advice of the conductor Hans Richter, he decided to focus on Bayreuth, a location that had three great advantages: first, the city had a splendid setting: the Margrave Opera House built for the margrave Frederick of Brandenburg-Bayreuth and his wife Wilhelmina of Prussia in 1747. With its large capacity and excellent acoustics, the theater was ideal for Wagner’s purpose. Second,the city of Bayreuth was outside the regions where Wagner no longer enjoyed the right to perform his own works, which he had sold in 1864 to alleviate financial problems. Finally, the city did not have a cultural life that could compete with Wagner’s artistic talent. Once opened, the festival would be the main attraction in Bayreuth’s desert cultural environment.

The wooden theater was made thanks to the architect Otto Brückwald, under the supervision of Wagner and with the financial support of King Ludwig II of Bavaria. The main body of the building is made out of wood, has little ornamentation with brick walls, which sometimes earned it the derogatory name of “the barn”. The main entrance was designed and built exclusively for the King Ludwig II of Bavaria. Now let’s jump inside the Festspielhaus, which has an unusual arrangement of the orchestra pit, which extends under the stage floor and is covered by a roof (now metal, originally wooden), so that the orchestra is completely invisible to the audience.This arrangement worried Wagner, who wanted to get the audience to focus only on what was happening on the scene, without being distracted by the movements of the conductor or the musicians. This design also corrects the volume balance between the singers and the orchestra, creating the ideal acoustics for Wagner operas. On the other hand, the arrangement makes it very difficult to conduct the orchestra, even for the best conductors in the world, not only because of the darkness that reigns in the pit.

The arrangement of the orchestra inside the pit is also unique, especially in three respects:

The first violins are placed on the conductor’s right side, and not the usual place, on the left side. In this way, the sound of the violins is not directed directly towards the audience, but towards the back of the stage, where it is reflected back towards the auditorium.

The double basses, cellos and harps (when more than one is used, as in the ring) are divided into two groups, on each side of the pit.

The rest of the orchestra is placed directly under the stage. Visual communication with the conductor is vital, because most musicians cannot see or hear the singers, but this arrangement creates the characteristic orchestral sound devised by Wagner.

Now you have one more festival to add to your list, the Bayreuth Festival.