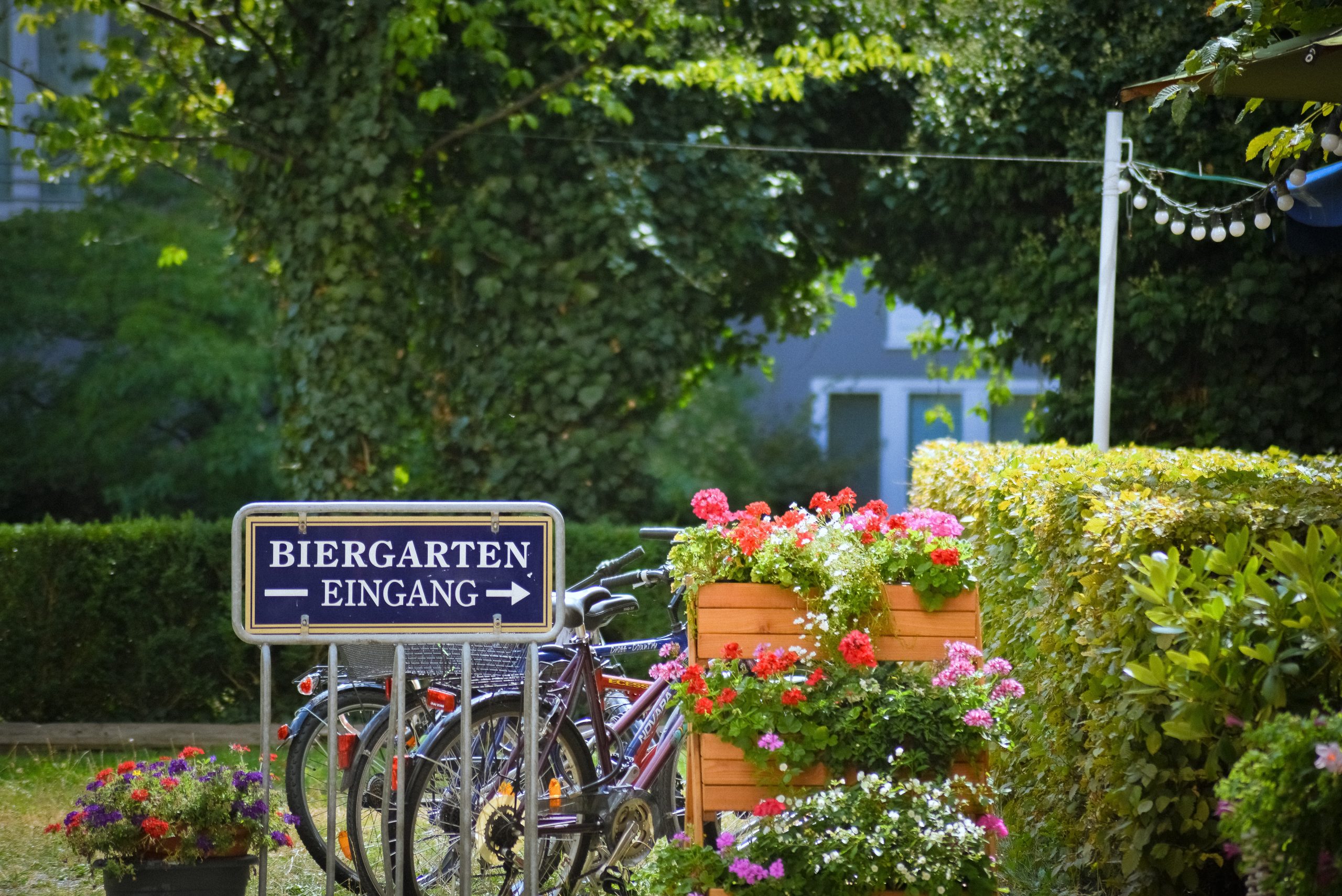 We all know what a beer garden is. But in case you don’t know, basically it is a garden where they serve beer and food. Not much science behind the name of it. But what we are sure you might not know is “how did the beer garden originate?”

The answer is in Bavaria, Germany during the 19th century. As you can imagine from the name, they are linked to a brewery, pub or restaurant.

A little bit of history

Until this day, it is unknown which Munich brewery opened the first beer garden in the state of Bavaria. But it is likely one of Munich’s big six: Löwenbräu, Hofbräuhaus, Augustinerbräu, Paulaner, Hacker-Pschorr and Spaten did it. On the contrary, what we are sure is that it happened in the Kingdom of Bavaria during the 19th century.

Seasonal limitations on when beer could be brewed were already in the Bavarian brewing regulations by 1539. In 1553, Albert V decreed a period from 29 September, the Feast of St. Michael, to 23 April, the Feast of Saint George, for its production .

The cool seasons were chosen to minimize the risk of fire when boiling mashed grain into word. Numerous conflagrations had occurred, which resulted in the prohibition of brewing during the summer months. In response, large breweries dug cellars in the banks of the River Isar to keep their beer cool during storage. “Beer cellars” for consuming beer on premises naturally followed.

To reduce the warm temperature from the cellars, the brewers layered gravel upon the cellars by the bluffs and planted horse-chestnut trees for their dense spreading canopies and shallow roots, which would not damage the cellars. Because of this, the beer would be cold and pleasant to drink.

Soon simple tables and benches were set up among the trees, creating the popular “beer garden” that is known today. Food service followed, aggrieving smaller breweries that found it difficult to compete, they even petitioned Maximilian I to forbid it. Thank to this, the beer gardens allowed people to bring their own food to enjoy at the establishment. People had to also bring their own cloths to put on the tables.

Of course, nowadays Maximilian’s law doesn’t apply anymore, although some beer gardens allow people to bring their home food if they want to do it. And if you want to try the food served in the place you can find common Bavarian fare such as Radi (radish), Brezn (soft pretzel), Obatzda (cheese dip), halbes Hendl (half a grilled chicken), Hax’n ( knuckle of pork), and grilled fish.

One of the most distinguished aspects about the beer garden is an atmosphere of Gemütlichkeit, conveying a feeling of warmth, friendliness, and belonging. Reinforced by shared tables, it is often accompanied by music, song, and fellowship among strangers.

From Bavaria to the World.

That is right, the concept became so popular that you can find a beer garden in any place of the planet. Places such as Australia, United States, Brazil, Japan, South Africa and basically every country has a beer garden. The difference is that in each different place you will find local beers that you might not find in a German beer garden. If you are a beer lover you will have to visit every single one of the around the globe and tell us which beer from which place is your favorite.