The Pretzel – Cult and cultural asset with a long tradition

The pretzel is the most famous German pastry par excellence – whether at festivals, for the so-called “Brotzeit” or as a delicious snack on the go – the pretzel has long had its fans even beyond German borders.

But who invented the pretzel?

In relation to the origin of the pretzel exist many legends. According to one legend, the pretzel shape was invented by a monk in the year 610. He was inspired by the arms of his confreres crossed in prayer. Apart from this, there is a multitude of legends and tales surrounding the pretzel. We have chosen the two most famous:

In the Swabian version of the legend, the court baker of Grad Eberhard V Frieder from Bad Urach was the inventor of the pretzel. In 1477 he fell out of favor with his count and was sentenced to death. However, the degree gave him one last chance: if Frieder managed to bake a loaf of bread through which the sun shines, his life would be spared.
The baker had three days to comply with this request.
His wife, who watched him impatiently with folded arms, inspired him to form the pretzel. The finished dough was dipped in a bucket of lye by a misfortune caused by the baker’s cat. Due to time pressure, poor Frieder had no more opportunity to make new dough, so he used this one. The result was the pretzel, which saved his life.

In the Bavarian version, the baker Anton Nepomuk Pfannenbrenner is also said to have invented the pretzel on February 11, 1839, more unintentionally than intentionally. Instead of dipping the dough pieces in sugar water as usual, they ended up in lye. Without correcting the accident, the finished baked goods ended up in the hands of Wilhelm Eugen von Ursingen, Royal Württemberg envoy to the Bavarian court, who enjoyed them for breakfast.

It remains open which of the versions corresponds to the truth. But one thing we can say with certainty:
Our recipe is one of the best that you can try at home to go among the pretzel bakers themselves. 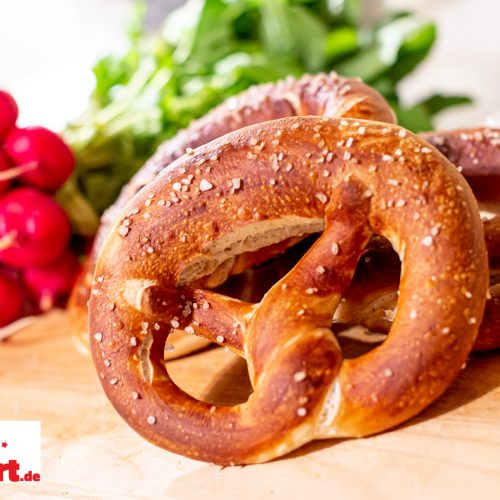 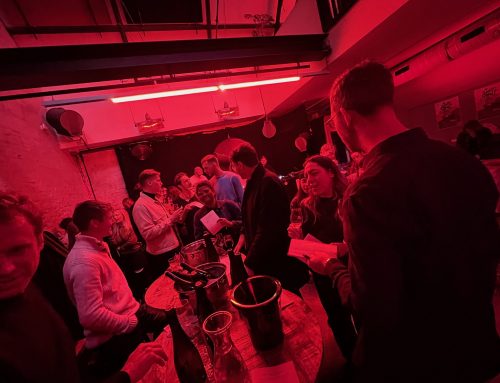 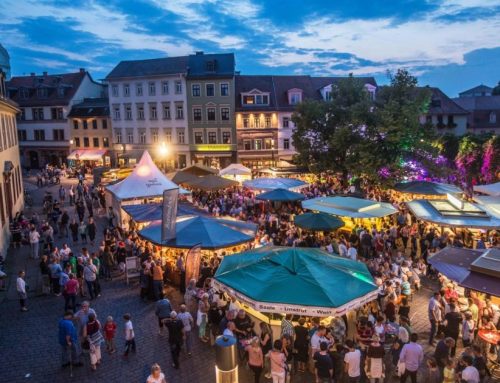 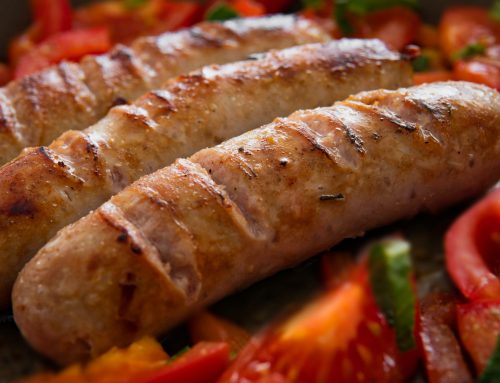 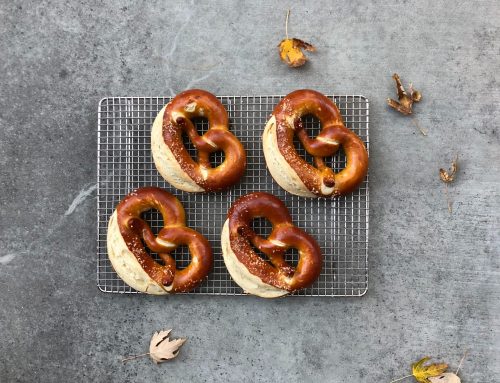