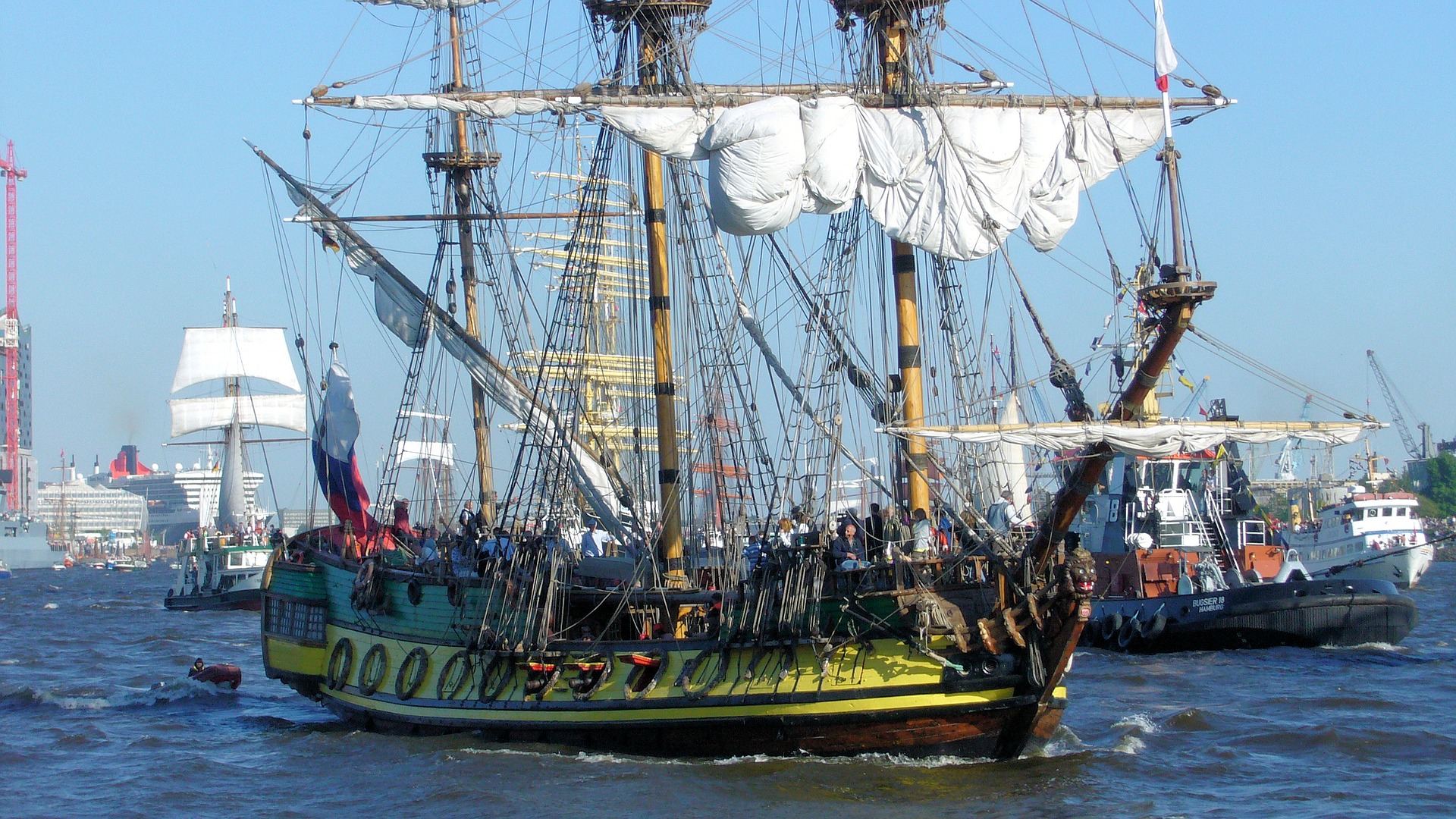 If you have never heard the celebration of a port’s birthday then this is you first time. The Hafengeburtstag (literally means Harbor Birthday, Port Anniversary). Celebrated annually in the delightful city of Hamburg, Germany. It is not only a celebration, in fact it is a public holiday, that takes place the first weekend of May and commemorates the biggest port of the country.

The celebration is so big that in 2019 it set a new record of attendance with over one million spectators. Many of them are not Germans, they are tourists who are welcome and represent a big part of the audience that gathers this historical festival.

What are you supposed to expect from this celebration? Well, nothing less than a parade of several boats, music, attractions, food and good vibes.

Here is some history.

It all started in 1189, when the Emperor Frederick Barbarossa declared Hamburg a custom-free zone. Granting freedom from customs duties for ships sailing the Elbe from Hamburg to the North Sea. This decision soon proved to be the turning point in Hamburg’s rise to power. In the following centuries, the formerly modestly-sized town transformed into one of Europe’s most significant port cities. Because of this, around the weekend of May 7 th the anniversary is celebrated annually. Moreover, the public holiday has been considered since 1977.

Highlights of the birthday.

As mentioned, you can expect a diverse number of activities involved in the event. From the opening ceremony to the spectacular fireworks.

The 6 km long promenade between HafenCity, Landungsbrücken piers and the St. Pauli fish markets is filled with stands and podiums to celebrate the Port Anniversary. Here you can find everything, from local specialties and handicrafts to drinks so you can toast the harbor on its birthday. Not to mention the live music and more make the perfect environment to stat the party early and keep it going late into the night.

The Port Anniversary partners up with a city, country or region which hosts its own “festival within festival” at Kehrwiederspitze / U3 Baumwall. Previous partners include France, South Africa and the Dutch city of Groningen, all of which treated visitors to culinary delicacies, local brews and travel inspiration for their respective destinations.

The Port Anniversary traditionally kicks off with the opening service held at St. Michael’s Church, accompanied by the shanty choir De Tampentrekker.

Impressive sailing ships like the Alexander von Humboldt II, Kruzenshtern, Mir, Sedov and Cap San Diego, as well as marine, fire brigade and police boats grace the waters in front of the Landungsbrücken piers during the Grand Arrival Parade.

DJs, singers / songwriters and drag queens liven up the stage at the fish auction hall in celebration of the Port Anniversary, and on Sunday, the LGBTQI community is represented by a colorful and musical boat in the Hafengeburtstag’s grand departure parade.

This you did not expect. But yes, classical music accompanies the boats ad they make their pirouettes at 5,000 HP.

The most awaited highlight is the spectacular firework show that lights up the skies over the city. Done during the celebration on Saturday, cruise ships join in the festivities with laser lights and horns.

Of course, this year’s celebration has concluded but the particularity is that was done all-digital so even though is not the same as being physically in the festival. Every fan or supporter of the event could still be part of it from their homes.